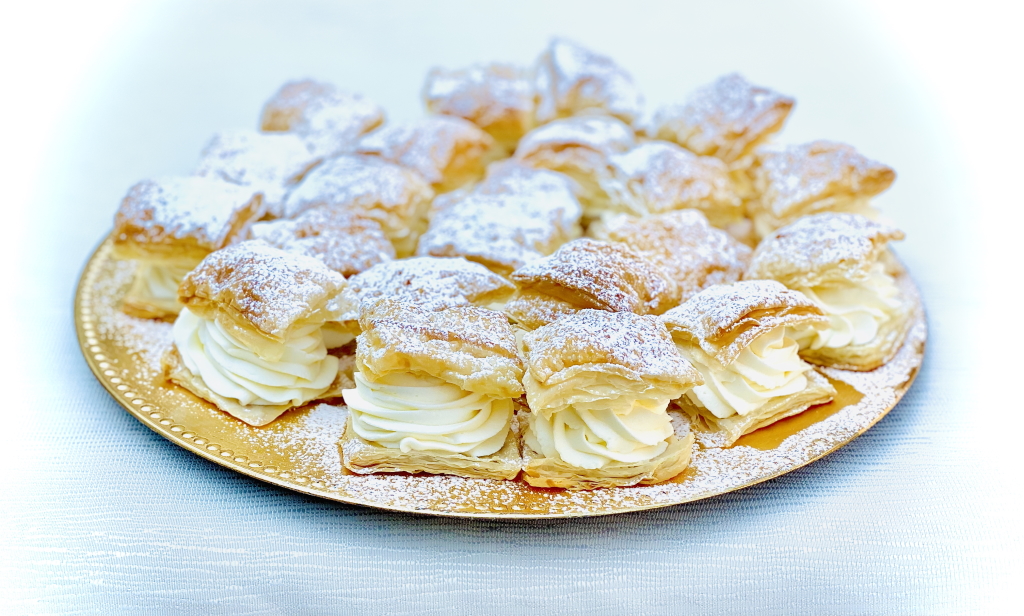 Place the puff pastry on a surface, with a rolling pin thinly roll and divide the pastry into 3” by 3” equal squares.

Place the dough on a parchment paper on a baking tray, gently with a fork, perforate the dough in several different places and bake for 40 minutes until golden and fully baked.  Let it cool down.

Place on a tray the baked puff pastry.  Spread evenly the whipping cream on half of the puff pastry, place the second half on top of each pastry.

Sprinkle with powdered sugar on top.

Keep them in the fridge.